Hello Everyone, I'm Jake Meniani, director of I JUST NEED LOVE. I'm writing to you from Paris.

Hope to see you at the online festival. Have a great day/evening

Very much looking forward to seeing your work

Hi Everybody,  so excited to be a part of this festival!!!  I have been a so inspired by film during COVID.  Boundaries and restrictions have given me the creativity to create art on film.

great to have your here

@richteatv I think you will really enjoy the film by @jake-m -- it's a story with a message.

@al-garcia Hi, Al! Nice to read your words. I thought the same last year. I have been working in the film industry for many years as assistant director and production manager. I never have time to improve my own projects and really look for funds. So, I decided to make a shor on my own, low budget and with the help of dear friends. I am very glad I did It. Now, I feel that I should not waste time anymore. I want to keep filming, but I am still thinking about the newst idea to go for.

looking forward to seeing your work

Hey everyone! Everyone is going to enjoy everyone's films! Tomorrow we begin the festival. Looking forward to seeing you on The Quad Topic for the festival!

Hey everyone! Everyone is going to enjoy everyone's films! Tomorrow we begin the festival. Looking forward to seeing you on The Quad Topic for the festival!

I am looking forward to meeting you all and maybe answering some of your questions concerning film production, pitching, financing etc. It will be great to be part of the Mobile Filmmaking Family.

@susy thank you Susy. Really excited to start the festival 🙂

@richteatv Hello 🙂 Thank you 🙂 Really curious about your opinion

@jake-m @Richteatv New forum for the festival this weekend has been created. Check it out! https://mobilefilmstories.com/community/film-festival/

It's probably where I will go today. I'll create a new "topic" for Q&A later. Jake...your acting portfolio is impressive! Our last podcast was with an actor discussing why actors should make movies. www.sbppodcast.studio

I enjoyed your short and think that, you should consider elaborating on its themes and turn it into a feature film.

There are 4 main storylines in your short.

2. Dressing and makeup looking for love

3. Being assaulted and beaten

These are all strong storylines and need to be investigated further in a feature film.

It asks you to question

1. Why does the characters mother say he killed his father.

2. Is it because of your characters life choices that did he not understand or could he not handle it. Or did he blame himself.

3 why could your character not find love, maybe he had tried sex in lots of different ways but never found love.

5. And what led to the character committing suicide. Was it a culmination of all the things in the story. Was it because suicide was the ultimate release, or maybe it was a, revenge on all the other people. Was the character sad, happy, or relieved to die.

1 minute is certainly not long enough for this story. Consider developing it or ideas that come from it and make a, longer version leading up to a feature for next year.

A film with a, similar story line is called The Naked Civil Servant 1965 starting John Hurt portraying the life of Quentin Crisp. Well worth watching.

@richteatv @jake-m That is a fantastic response for Jake. It would definitely make a great feature film with an opportunity for an outstanding acting performance! If Jake were to make it with a smartphone, like he did this short, we could definitely help it receive added attention with the mobile filmmaking community, like Blue Moon.Jake you could receive many awards as a filmmaker and as an actor. Hope you will consider and of course, you may see your own story structure for your feature film.

We can certainly help him with story development initially

@richteatv @susy First of all a big THANK YOU.

Susy thanks for my acting portfolio, it's my passion and I love it 🙂 I had a lot of chance working with big productions.

Thank you @richteatv for your suggestions. It could definitely be a feature yes. All your questions are really important and it could help to develop the plot.

I'll definitely think about it and talk to my DOP. 1 min it's really short.. I have also a longer version but it's still under 5 min.

He kills his father because of this choices

The love that he needs is his family and friends love, not from a partner. Everyone left him alone...

He's been beaten because he's still considered "out" of this society.

I'm preparing my next one now, but I can write I JUST NEED LOVE feature in the meantime.

Thank you again, it gives me hope 🙂

@jake-m the under five minute film still qualifies for the festival. Let’s chat in detail about a feature over email after the festival. And I will connect you with @richteatv as well. He is our brand ambassador in UK and is involved with television and film for many years! 😊 @susy, We really enjoyed all the films and the beginning video.  We will do our best to catch up with all the seminars tomorrow before the closing ceremony. 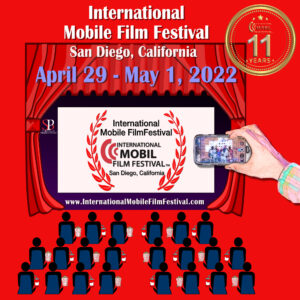