Skip to content
By adminAugust 28, 2020All Stories, Short Films
Spread the love 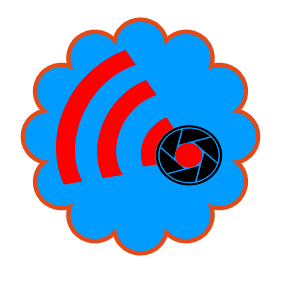 Pioneer iPhone filmmaker Conrad Mess was notably one of the early pioneers of mobile filmmaking for his theater style films shot with only iPhones. He began making films with the iPhone 4 in 2011.

“MobileFilmStories.com is the best platform for smartphone filmmakers to gain global recognition and increase their earnings.” – Conrad Mess

Conrad Mess on The Quad

The Fixer (Original long version)
What if you had the power to fix anything? (violence)

The Other Side
Darkness surrounds you. Evil lurks behind each door. Darkness awaits at the end of the stairs. Don’t let your soul be corrupted by its poison. Don’t let it take you to… The Other Side.
Director: Conrad Mess
Writers: Marina Gómez (co-writer), Conrad Mess (co-writer)
Stars: Jana Lafuente, Vaiza Grajales, Cristina Castaño

Conrad Mess’ newest movie The Other Side was shot entirely on green screen on an iPhone 5, with CGI backgrounds. It’s a tribute to the classic B/W romantic horror movies.
On April 26 & 27, 2014 San Diego’s International Mobile Film Festival featured Conrad Mess and The Other Side. The audience was highly impressed.

*Remember, there’s an easter egg at very end of the movie.

Time To Pay Off Debts

Shot on an iPhone 6S+

Humans are capable of the most noble and unselfish acts, and at the same time, the worst of the atrocities.

Their soul can be a source of unlimited goodness or a dark,filthy well.

Evil can take many and different forms, but there is only one inmutable constant common to all men. They always try to run away when it is…

TIME TO PAY OFF DEBTS.

Time To Pay Off Debts had its USA Debut at the International Mobile Film Festival in San Diego, California. During IMFF 2016 on Sunday, May 1, founder Susy Botello awarded Conrad Mess the honorable Best Global iPhone Filmmaker Trophy Award. At the time, he was the “most awarded” iPhone filmmaker in the world.